Wow! A whole page about me?

I’m sitting in my home in Amersfoort, the Netherlands, writing the “about me” page for my blog, and I have the “new page” open… white… just like a blank paper and I am not sure in which language I should write. Should my blog be in Spanish? After all that is my mother tongue… Dutch could be an option, but it would require 3 times the effort, and well, it is already a challenge on its own to get in the habit of writing. Or should I do it in English? I met my husband in English, even though English is not spoken at home anymore. Only when we want make sure the kids will not understand. 😉 Soon I realised this blog will probably end up being in all three language, just as my life.

I grew up in Mexico City and started learning English since kindergarden. When I think of my childhood in the big city I don’t even notice I grew up in one of the biggest cities in the world. My childhood was awesome… and the years after that were so too! I love Mexico City! A monster city that has many sides to it, and luckily I have only seen the best ones.

Looking at my family it is probably no surprise I would go explore the world.My dad’s side of the family has roots in Spain. My mom was born in Russia, his dad lived in Spain until he was 6 years old, then because of the civil war ended un growing up in Russia, where he met my grandma, the most pretty lady in the world. When my mom was one year old they landed in Mexico as refugees. My Russian grandma spoke Spanish with a big accent. I realise if my kids have kids, they will say the same about me. I will never speak like the Dutch do. I have an accent, and often get compliments about how cute my accent is. Sometimes I don’t like those comments. Its the same way as I hated it when my husband once told me: “I love the rimples around your eyes.”

I studied industrial design in Mexico and became a product designer, a designer before the smartphones & the facebooks of this world. I found me a scholarship and moved to the Netherlands to study a master on strategic product design in 2007, when I was 27, the year the first iPhone hit the market. I studied in Delft, the cutest little town where I met a lot of awesome international students. I met my husband at the University and after 11 years together we have 2 cute boys and enjoy our life in a lovely Dutch city called Amersfoort. 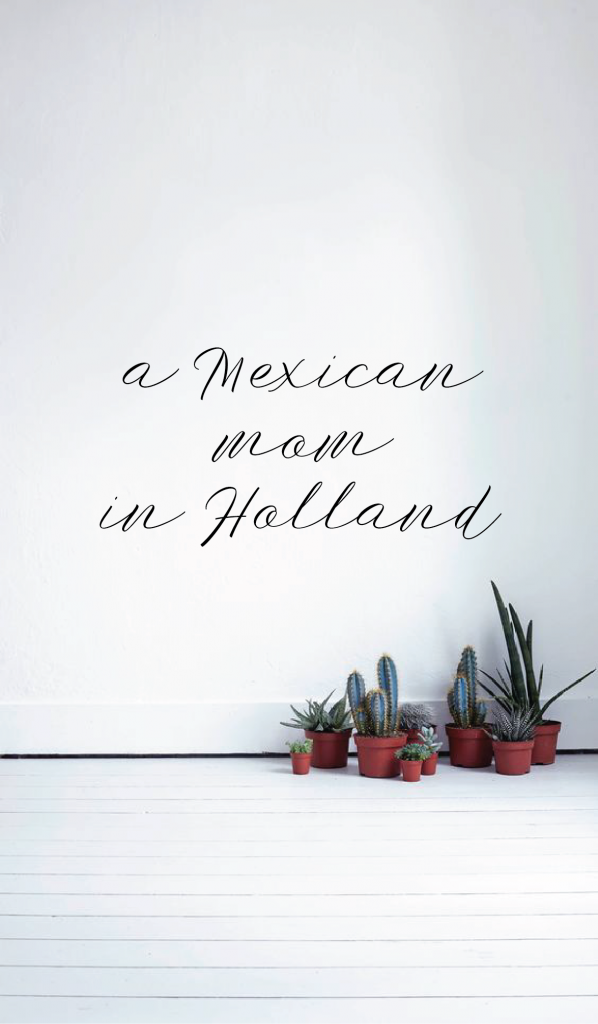 I am Gabi, a Mexican designer living and in love with the Netherlands. Married to a Duchie, mother to two little boys. This is a place where I share my mom adventures... in a country that was not my own... and today feels like home.